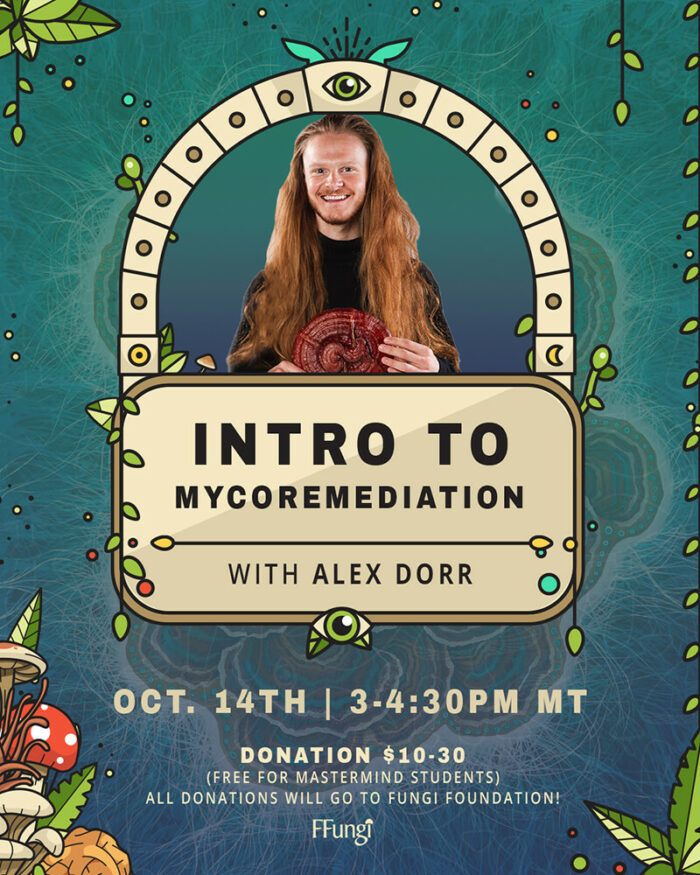 Mushrooms are powerful allies in the health of our bodies, but also in the health of the planet. In this webinar Alex Dorr will take us through the history of the Queendom, the basics of MycoRemediation including:

We’ll also explore Grassroots vs industrial scale, Phyto + phyco + bacterial + Mycoremediation, testing of the area, before, and after.

You’ll learn which fungi to work with to clean marine or terrestrial contaminated sites, how to find and developing new species for mycoremediation and the future of the practice.

We’ll close with the big question: How fungi can fix the root of the issue🌈

All in All a Jam-Packed Afternoon of learning! 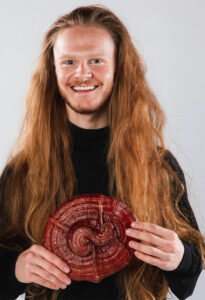 Alex Dorr is the founder and CEO of the functional mushroom company, Mushroom Revival Inc. based in Austin Texas.
Alex co-hosts the number one mushroom podcast in the world, The Mushroom Revival Podcast, alongside his loving partner Lera. After earning his degree in mycology, Alex authored the book “Mycoremediation Handbook:” (2017) and built the largest and first certified organic Cordyceps militaris mushroom farm in the Americas. He was recently nominated as one of Austin Inno’s 25 under 25 and is absolutely obsessed with the power of mushrooms.