Now that you’ve rifled through our 5 Must-Read Mushroom Books (you’ve read them all by now, right?!), it’s time to put on your rainbow-colored glasses and delve into the world of psychedelia. It doesn’t matter if you’re a bookworm looking for a trippy tome or a seasoned psychonaut looking for some fresh perspective on a well-worn wormhole. With our list of the Top 5 Psychedelic Books, we’ve got the goods to keep your third eye glued to the pages for a long, weird time.

So get ready to Turn On, Tune In, and Drop Out, or in this case, Turn on your reading light, Tune into the present, and Drop into some psychedelic literature. With the way laws on these substances are changing, there’s no better time to get informed on all things FUNgi.

Suffice to say, the psychedelic experience remains a mysterious place to even the most seasoned psychonaut (a.k.a. An astronaut of consciousness) and in this space, one can never be too prepared.

PSYCHONAUT: An explorer of the realms of consciousness induced by psychotropic compounds.

How to Change Your Mind:

What the New Science of Psychedelics Teaches Us About Consciousness, Dying, Addiction, Depression, and Transcendence 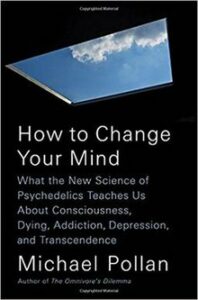 Of all the psychedelic books on our list, this one is for the skeptics. Though it remains a good reference for even the most experienced psychonaut, this book is definitely tailored to the newbies. Pollan starts by taking readers through a thorough (and I mean thorough) history of the psychedelic revolution of the 1960s to provide a clear picture of the road psychedelics have taken in modern society toward their current state of affairs.

The second part of the book invites readers along on Pollan’s personal journey of self-discovery as he samples a smorgasbord of the most ‘popular’ psychedelics: Psilocybin, 5-MeO-DMT, and LSD. After some profound anecdotal experiences interspersed with the latest in psychedelic research literature, Pollan, as this psychedelic books’ title suggests, comes away with a wholly changed perspective. Perhaps you will, too.

Doors of Perception with Heaven and Hell 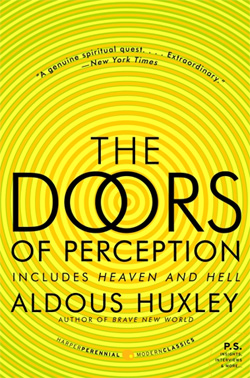 You may know him from his books Brave New World and Island, but Aldous Huxley was far from just a novelist. In the very psychedelic book Doors of Perception, Huxley details his personal journey with mescaline, the compound commonly found commonly in Peyote and San Pedro cacti. This work is sometimes credited as the psychedelic book that started it all—at least in modern Western society—and remains one of the most influential books in the psychedelic movement.

Without giving too much away, after reading a paper by psychologist Humphrey Osmund on the uses of Peyote among Native Americans, Huxley’s curiosity is piqued and he volunteers as a guinea pig to help further Osmund’s research. The book then follows Huxley, his wife, and Osmund as they partake in a mescaline-fueled journey through the Hollywood Hills. Set in the early 1950s, this book offers an eloquent story that only a gifted author and storyteller like Huxley could, describing the opening of his mind’s door to the mysterious world of psychedelia. In no small way, this work also ignited the curiosity of countless future psychonauts and undoubtedly inspired some of the other psychedelic books on this list.

LSD Doorway to the Numinous:

The Groundbreaking Psychedelic Research into Realms of the Human Unconscious 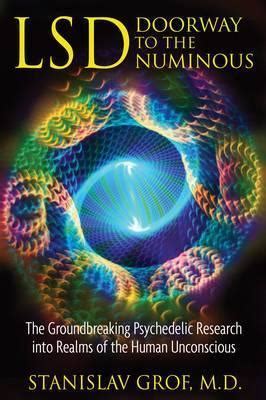 Widely considered the modern godfather of psychedelic literature, you knew Grof’s name had to surface sooner or later. The difficult part is choosing just one of Grof’s psychedelic books for this list. Trained in psychology and psychotherapy, Grof is one of the first medical professionals to examine these mind-altering substances from a therapeutic perspective, beginning that work in the 1960s.

Though he may be most famous for his books on his Holotropic Breathwork technique, which induces mind-altering states similar to psychedelics through breathing exercises, his masterpiece LSD: Doorway to the Numinous is a must-read.

In it, Grof examines almost two decades of studies on patients using LSD in a therapeutic setting. Along the way, he uncovers new domains of the unconscious mind and creates a roadmap for his peers to help patients navigate the space. This work also provided efficacy for the use of LSD in healing childhood traumas.

A pioneer of the clinical approach to psychedelics, much of the modern movement to decriminalize and legalize—in therapeutic settings—substances like LSD, MDMA, and Psilocybin has Grof’s 50+ years of work in this space to thank.

Food of the Gods:

Food of the Gods: The Search for the Original Tree of Knowledge A Radical History of Plants, Drugs, and Human Evolution 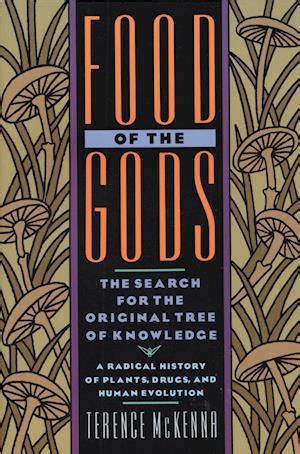 Any up-and-coming psychonaut probably has a moment when they can remember asking themselves, “What Would Terence Do?”.

One of the most infamous personalities in the world of psychedelia, Terrence was a fearless psychedelic explorer who traveled to depths of consciousness others wouldn’t dare venture and returned to share its teachings. Alongside his brother Dennis, Terrence developed the Stoned Ape Theory, the controversial but engrossing idea that humans developed the brain’s frontal cortex—responsible for language, art, and higher thinking, i.e. what makes humans “humans”—because we ate Psilocybin-containing mushrooms.

Which brings us to his work, Food of the Gods, one of those psychedelic books that provides a glimpse into McKenna’s strange and brilliant mind as he examines the roots of our relationship with mind-altering substances and what this might reveal about the nature of our existence.

Getting Higher: The Manual of Psychedelic Ceremony

Interested in learning about the origins of psychedelic ceremony while gaining practical knowledge for how to bring ceremony into your psychedelic journeying? Look no further than Julian Vayne’s most recent contribution to the field, Getting Higher: The Manual of Psychedelic Ceremony.

In this psychedelic book, Vayne, a colleague of the Fungi Academy who helped create our Psychedelic Journeywork Course and who’s in the midst of planning an in-person Psychedelic Space Holder course with us, shares his unique wisdom that blends ancient shamanism with modern science.

Primarily focused on Set, Setting and Substance, Vayne walks you though the do’s and don’ts of your personal psychedelic ceremony while suggesting playful experiments to try while in these altered states of consciousness.

As for his experience, Vayne has been fascinated by magic, mysticism and altered states of awareness since childhood and has helped facilitate psychedelic ceremonies since the ripe age of 16. Suffice to say, this psychedelic book is a great place to start for anyone that feels a similar calling.

Not to be forgotten, these books were some personal favorites of our Fungi community.

Now, to call ourselves out: Other than Consciousness Medicine, all of these psychedelic books were written by white men from the 20th and 21st century. But in defense, they all also show deep reverence and pay profound homage to the roots of this work, which is steeped in the wisdom, protection and sacrifice of indigenous people who have kept their traditions alive, oftentimes in the face of unconscionable repression.

Nonetheless, we wanted to address that reality and the fact that while McKenna or Huxley may draw us in with enrapturing language and eloquent writing, it is the sacred earth medicines and the people who kept the tradition of communicating with these medicines, people like curandera Maria Sabina, that we owe the most to.

With mass production and consumption of mind-altering compounds like LSD, psilocybin, and DMT a reality today and with more on the horizon, it’s vitally important that education and preparation precedes experimentation. That, more than anything else, is why this list and the books within it are so valuable. Only with a healthy dose of respect and reverence for our common ancestors, the fungi, and a dose of modern scientific discovery, should we enter this profound realm of consciousness and uncover the treasures that lie within.

Or as Terrence McKenna would say, “Take it easy, man…but take it!”