Are you ready to inoculate yourself with mushroom wisdom but don’t know which mushroom books to start with? Or maybe you’re already well versed in mycology but are want to expand your knowledge.

Either way, you’ve come to the right place!

As a loud-and-proud bookworm and nerd, the library at Fungi Academy might be my favourite part of the property. We are blessed to have books on permaculture, community living, philosophy and almost any mushroom books you could ever want.

Still, the foray into the world of mycological literature can be confusing if you don’t know where to look. It’s full of dense textbooks with oftentimes outdated and contradictory information. What else would you expect from mycology, a field of study that has only been recognized by academia for about four decades?

Fortunately, the Fungi Academy is the community home to a diverse array of mycophiles from all walks of life who have been studying these topics for years. Together, we’ve curated a list of the five must-read mushroom books for anyone looking to level up their understanding of all things mycology.

Without further ado, here is (in no particular order😉) the Fungi Academy’s Top 5 Must-Read Mushroom Books! 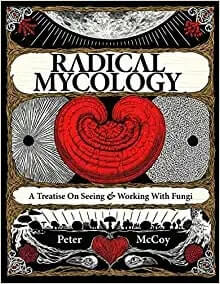 Perhaps the most dense, well-rounded, and current book on mycology you’ll find, I would even go so far to call it the modern day mushroom bible. Peter McCoy’s 600-page treatise on seeing and working with fungi was so groundbreaking that it spawned a whole movement of ‘radical mycologists’ around the world.

Since 2009, citizen scientists have used McCoy’s fungal encyclopedia as a guide to experiment with fungi and develop low-tech solutions to some of humanity’s greatest problems. This movement gathered so much momentum that a Radical Mycology Convergence festival has been held since 2011 in various locations around the United States.

Mycology, the study of fungi, is a unique branch of science for many reasons. It has few of the institutional barriers common in many of the more developed sciences, making citizen science explorations and contributions essential for the advancement of the field. The field is so young and there are just too many undiscovered species with too many useful applications for there to ever be too many people interested in mushrooms in our lifetime. McCoy’s epic tome covers almost every aspect of mycology in detail and is the go-to resource for those looking to join the citizen scientist mycophile movement!

The Fungal Pharmacy by Robert Rogers 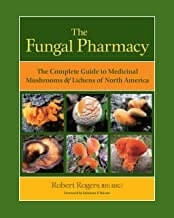 This one is for all the medicine makers out there! With over 40 books published on medicinal mushrooms and plants, Robert Rogers seems to have taken the African proverb, “When an old man dies, a library burns to the ground,” to heart. In The Fungal Pharmacy, readers are able to tap into the wisdom of a man who has spent over 40 years as a herbalist working in academia and alongside indigenous elders in North America.

The joy of this book lies in its versatility as a resource. You can use it as a perfect coffee table book for you and your guests to flip through in no order, inoculating yourselves with invaluable knowledge five minutes at a time. It can be kept in your personal apothecary to reference when illness strikes and you or a loved one are in need of a natural remedy. However, perhaps its best use is as a reference after a day of wild foraging to determine what kind of medicine you’ve found and how best to use it! 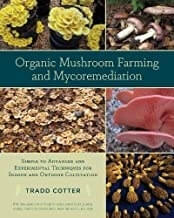 One of the best parts about creating this list was discovering that two of our most experienced resident mushroom cultivators had never heard of this book or Tradd Cotter! This is proof that no matter how much you know about mushrooms or cultivation techniques, there is always more to learn and more mushroom books to read.

In this book, Cotter walks us through a variety of simple, advanced and experimental techniques for both indoor and outdoor mushroom cultivation. It’s thorough, easy-to-understand approach makes it beneficial to both beginner and experienced cultivators looking to grow a wide array of mushrooms. Not to be ignored is the mycoremediation aspect of this text, which is simultaneously the most hope-inducing and research/experimentation-lacking branch of mycology.

Imagine a world where mushrooms are eating plastic, filtering toxins from water and bringing life back to arid and polluted soils, all while providing us food security and natural medicine. This is the potential mycoremediation holds for our planet, and in his book Tradd walks you through an introduction of how you could help make that possible! Always on the cutting-edge of mushroom research, check out Mushroom Mountain to see what this mad mycologist is up to next! 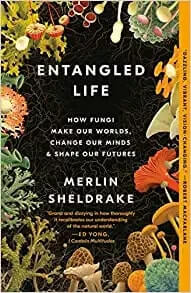 While everyone has something to gain from this book, it’s our go-to recommendation for those who are new to the world of fungi. Merlin Sheldrake’s text will blow your mind more times than you can count all while keeping you captivated by his incredible storytelling. As the title suggests, once you’re finished you won’t be quite sure where you end and the rest of the world begins; and that’s just the way we like it!

The son of Rupert Sheldrake, Merlin walks us through his path into the mushroom world from a unique perspective only someone who grew up with the likes of Dennis and Terrence McKenna as uncles can provide.

The influence of those men is apparent as Merlin takes us on a journey into the mystifying world of mycorrhizal fungi, lichens, psychedelics and more. He’ll make you evaluate life from a fungal perspective on a micro to macro level, and everything in between. You’ll learn how kingdom funga have influenced our ecosystems, consciousness and culture and yet how much of their behaviour remains a mystery.

PRO TIP: Listen to this as an audiobook if you’re able. There’s nothing better than hearing these stories straight from the horse’s mouth, especially one with a soothing English accent. 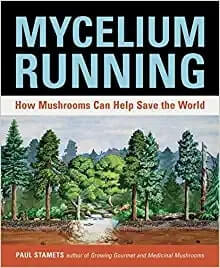 Last but not least, we have one of the mushroom books that started it all. Most of the books on our list have been indirectly influenced, if not, completely built on the back of Paul Stamets’ mycological staple, Mycelium Running. Although McCoy’s Radical Mycology is a more up-to-date text, and Cotter’s cultivation techniques are more detailed, there’s just no way we could leave Uncle Paul off this list.

Mycelium Running remains one of the go-to introductory mushroom books and you would be hard pressed to find a mycophile that wouldn’t reference it as one of the most influential texts in their life. Stamets has the distinction of being the world’s most recognizable face of mycology and in interviews has often described himself as a ‘spokesperson for the mushrooms.’’ This book offers a direct reflection of that role.

In part one, you’ll learn about the basics of the mushroom life cycle and the classifications we have created for fungi. You’ll be introduced to the mycelial mind and learn how the structure of mycelium mirrors that of our brain’s neural network, dark matter in the universe and the internet. Structure follows function as mycelium weaves through our soil to create the ‘Wood Wide Web.’

In part two, you’ll learn how to keep your mycelium cultures ‘running’ as well as applications for a wide variety of mycoforestry and mycoremediation techniques.

Part three provides a variety of cultivation techniques and gets you familiar with the characteristics and benefits of the better-known staple species.

Overall, it will leave you with exactly what you could ask for from a solid mushroom book – a bevvy of knowledge and the thirst for more!

There are so many amazing mushroom books that didn’t make the top five, so here’s a short description of some others that made our team’s short-list:

Puhpohwee for the People: A Narrative Account of Some Uses of Fungi Among the Ahnishinaabeg by Keewaydinoquay

A unique book that delves into the world of ethnomycology, a fascinating area of study that investigates and gives reverence to the relationship indigenous people have had with fungi throughout history. This specific text was recommended by our resident ethnomycologist and focuses on people native to the Great Lakes region of North America.

The storytelling in this book takes you on a sensory journey into the fungal kingdom as Bone opens our eyes to the many uses of mushrooms outside of the kitchen.

Written by the founder of Four Sigmatic and in the same vein as The Fungal Pharmacy, this text takes a practical and culinary approach to how we can integrate mushrooms into everyday life to improve our health.

All That the Rain Promises, And More… by David Arora

One of the most recognizable mushroom handbooks because of its quirky cover, this is a cult classic amongst mycophiles. A handy mushroom identification field guide, it was one of the first of its kind when it was originally published in 1991. 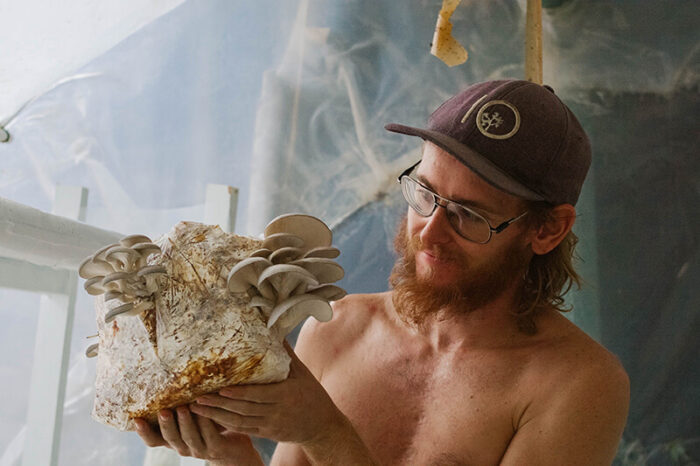