How to Grow Lion’s Mane Mushrooms

Welcome to Part I of our “How to Grow” series, where we get into the nitty gritty specifics of cultivating mushroom species from a petri dish to the mushroom fruitbody. For our inaugural installment, we figured we’d zoom in on a shining star in the recent medicinal and gourmet mushroom wave sweeping across the western world: Lion’s Mane, also known as Hericium erinaceus. So hop into your safari jeep and get ready to tame the King of the Jungle as we learn how to grow Lion’s Mane mushrooms!

Learning the ways of Lion’s Mane mushrooms is a bit more finicky than simply growing Oyster mushrooms (Pleurotus spp.). But have no fear, we’ve enlisted the help of the Lion King himself, Mr. MycTyson.

So, where should we begin? That’s easy. The first step in learning how to grow Lion’s Mane mushrooms—or any mushroom species—is sourcing great genetics so you can grow a strong, resilient and bountiful mycelial culture.

If you’re familiar with sterile workflow, cloning (check out this free snippet from our course on cloning) a Lion’s Mane mushroom from a farmer’s market or grocery store is the best way to start! That way, you end up with a commercial culture, which is about as good as it gets. You could also clone a wild foraged fruitbody, but you may need to clean up the culture a few times—via agar to agar transfers—before moving onto the next step.

If you’d prefer to buy a culture and go from there, check out our friends at Fungaia.life to get one shipped right to your front door.

Running with the Lion’s Mane Mycelium

The next step in learning how to grow Lion’s Mane mushrooms is to understand how to grow its mycelium on agar, the gelatinous material inside Petri dishes that’s used as a growing medium.

Most importantly, keep in mind that Lion’s Mane mycelium often grows quite slow and can appear flimsy. In fact, sometimes it’s hard to see at all! That’s why we often add activated charcoal, which turns the agar black, to our agar recipe. 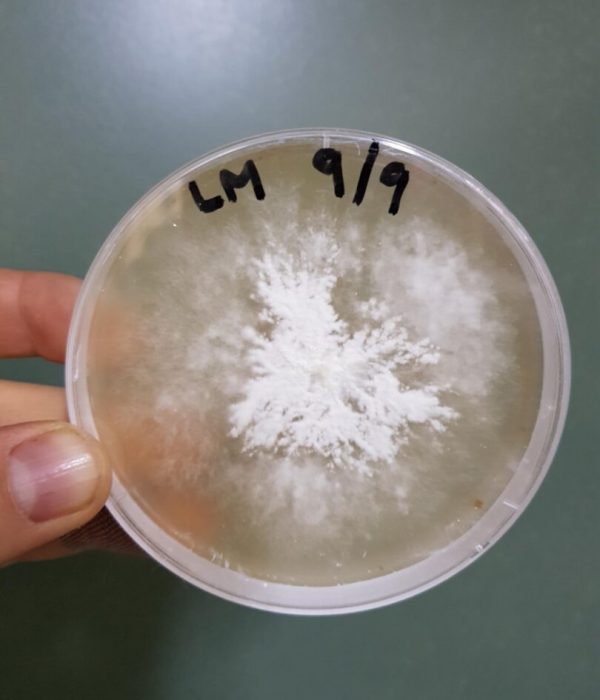 Once you have a strong culture on agar or liquid culture, the third step in learning how to grow Lion’s Mane mushrooms is to make some Lion’s Mane grain spawn! We really love working with sorghum but know that each grower has his or her own favorite grain to work with.

The main thing to remember when growing Lion’s Mane mycelium on grains is that Lion’s Mane is notorious for fruiting prematurely. Some people deal with this challenge by shaking the grains every few days to prevent early pinning (baby mushrooms). 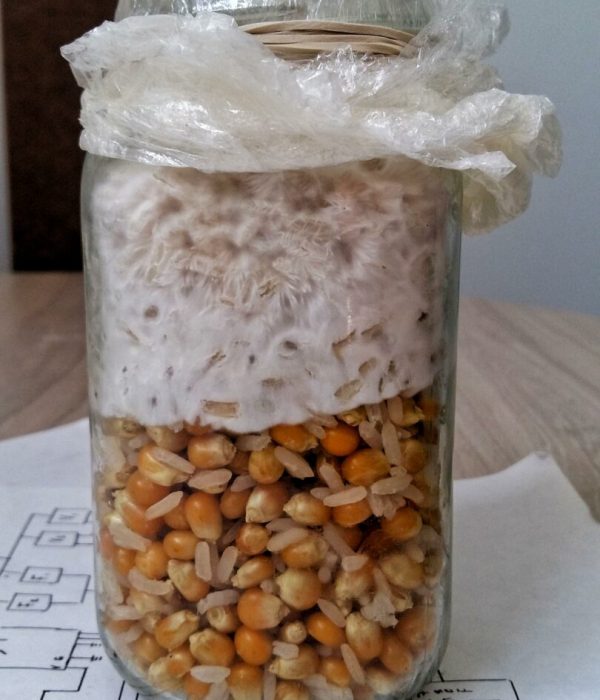 We don’t recommend this approach, however, as we find it slows the mycelium growth due to the stress of repeated agitation and may weaken the culture.

This bag will be the Lion’s Mane’s final home and last meal. The most popular recipe for Lion’s Mane mushroom grow bags is known as MASTERMIX.

The recipe is very simple. Percentages are by weight.

For a 10lb grow bag, that recipe would breakdown like this:

This recipe is used by a lot of growers in North America. But it’s not the only way by any means. We’ve had lots of success with other recipes. Since soybean hulls aren’t common in Guatemala, we sub cacao shells (at 10% dry weight) for the soybean hulls to our substrate and have had success this way.

No matter your recipe, if you’re cooking a 10lb bag, you’re going to want to sterilize it at 15PSI for about 2.5 hours.

But even this general rule has some wiggle room. We’ve heard growers experiencing success by simply pasteurizing their wood chips and then inoculating those pasteurized wood chips with a 50% grain spawn rate (by weight).
​
​Heck, we’ve even successfully grown Lion’s Mane mushrooms from coconut coir in a monotub! Guatemala life, baby!
​
​When learning how to grow Lion’s Mane mushrooms or any other species, it’s important to remember that we humans really don’t know jack shit about fungi and cultivation, so getting off the beaten path isn’t the recipe for failure you may fear. Heck, you may even stumble onto a multi-million dollar discovery!

We probably sound like a broken record, but the ideal incubation temperature at this stage is between 70-75°F (21-24°C).

PRO TIP: A general rule of thumb when growing Lion’s Mane mushrooms is to move your grow bag from incubation into your fruiting room no later than 14 days after inoculation. It’s also important to keep the bags in relatively dark conditions given Lion’s Mane’s burning desire to prematurely fruit.

Congratulations if you made it here! Yes, even if you just went online and bought a ready to fruit bag from a website like MycTyson’s.

It’s time to turn this big bag o’ mycelium into some Lion’s Mane magic! The best method when you want to perfect how to grow Lion’s Mane mushrooms (or most other gourmet species on a small scale) is to build yourself a Martha Fruiting Chamber!

But if this is out of your budget—time, money or otherwise—you can also easily repurpose a monotub by adding some perlite to the bottom, moistening it with water, then dropping your bag into the tub.

Remember to keep the sidewalls moist and crack the lid slightly ajar for airflow.

If you want to really dial in your Lion’s Mane grow, you can create one set of conditions for the first few days and then switch the conditions once you see some baby mushrooms (aka pins or primorida) begin to form.

For the first part, known as the “Pinning stage,” your conditions, thanks to MycTyson, would be as follows:

After three to five days, you should begin to see some stunning Lion’s Mane pinheads appear on your substrate where you sliced open the bag. Now it’s time to create the ideal fruiting conditions:

Wait another four or five days and you should be staring into the eyes of the fearsome King of the Fungi, Lion’s Mane!

Aside from possessing medicinal properties tied to cognitive and gastrointestinal health, Lion’s Mane mushrooms also taste delicious and make for a great seafood or meat alternative in dishes like crabcakes or pulled pork.

There you have it: how to grow Lions Mane mushrooms from start to finish.

In the past year three months, he’s built a laboratory and fruiting room in his home, cultivated and foraged over 20 species of gourmet and medicinal mushrooms, started a medicinal mushroom tincture business, and returned to the Fungi Academy to teach more than one hundred students his techniques.